Opal Lady at the Factory . .

It was the 18th January 2009, overcast and southbound for Lake Macquarie. Our maiden voyage began with our friends, Brian and Judy, who have looked after us extremely well for the 3 weeks during the commisioning process and also joining us after a 15 hour bus trip(could have flown, but!!!) from Belmont New South Wales, is my Dad. It was 1.19pm when we left the dock, 20-25 knt South Easterlies and a fair bit of chop as the tide was against the wind, but all was well!! We anchored near Jacobs Well, had a beautiful dinner and a nights sleep before rising at 4am and hit the road to take advantage of the tide going out to take us to Southport. After dropping Brian and Judy at the Southport Yacht Club will went out through the Seaway and turned south. From here it was 48hr until we turned into the Swansea Channel. As we passed Newcastle Harbour ‘the cleaning team’ went into action. The salt was washed from the decks and the cabin was tidied to stow all our ‘at sea gear’ and bring out the Lake Macquarie Yacht Club burgees in readiness for our arrival. As we neared the bridge, that opens for us to enter the lake, on the southern bank in front of the Swansea RSL Club was the welcomming Committee, Roger and Shirley waving and taking photos. As the bridge keeper opened it up and we steamed through, there on the other side was Mum with Nana waving us through.

Opal Lady finally arrived in Brisbane on the 1st January 2009, Customs and Quarrantine did their checks(several hours later) and as soon as she was lifted from the ship we took her down the river to Nordhavn’s facility at Rivergate Marina by their Captain, Don. Here we tied her to the berth and Peter and David produced a bottle of Don Perion champagne accompanied by plastic champagne flutes and a six pack beer for Alan for our toast to celebrate her arrival into Australia.

We spent the first few days awaiting the commisioning crew to arrive from the US. Meanwhile Alan and I just got to know her and have a look all around.

The Electronics will be the most labour intensive of all, taking approxiamately 10 days to install with metres and metres of cable.

These include:-
2 Furuno Navnet vx2, 10.4″ displays, using Cmap.
24″ Furuno Radar,
2 Furuno Navpilots 511
2 Raymarine Cam 100 day/night cameras, 1 showing Aft, 1 in Engineroom.
1 Codan HF,
1 x Icom M304
1 x Icom M505
Weatherstation PB100
Simrad AI50 AIS system
Ericsson W25 – this gives us Phone, fax and Internet on board. www.internetforboats.com we had been using this whist travelling in the caravan in the outback of QLD, NT and WA and have found it to have excellent reception in excess of 100ks from towns.
GME 406 Epirb
Intellian I9 Sat Tv antenna
Fusion Ipod/ Stereo
1 x 22″ DTV for the Saloon
1 x 19″ DTV for the Master Stateroom

As well as this a few other things will need to be installed. These include the custom made mattresses for all the beds, as the standard planks ( thats all they can be described as) that come with the boat are not acceptable. Paul from Made to Order Mattresses was on standby ready to transport the mattresses to the boat as soon as we let him know that Opal Lady has arrived.

The tender had to be fitted on the boat deck, we have the chosen to keep our 3.55m aluminium runabout with a 15hp Yamaha that we had on the roof of the 4WD, as when we fish in Northern Australia we need protection from the large Salt Water Crocs, as we know how quick anything sharp punctures a RIB. We also purchased a 2.6m Inflatable and 3.3hp outboard that sits on top of the Alum dinghy. This Alan can manually lift for that quick trip to shore or visiting other boats. 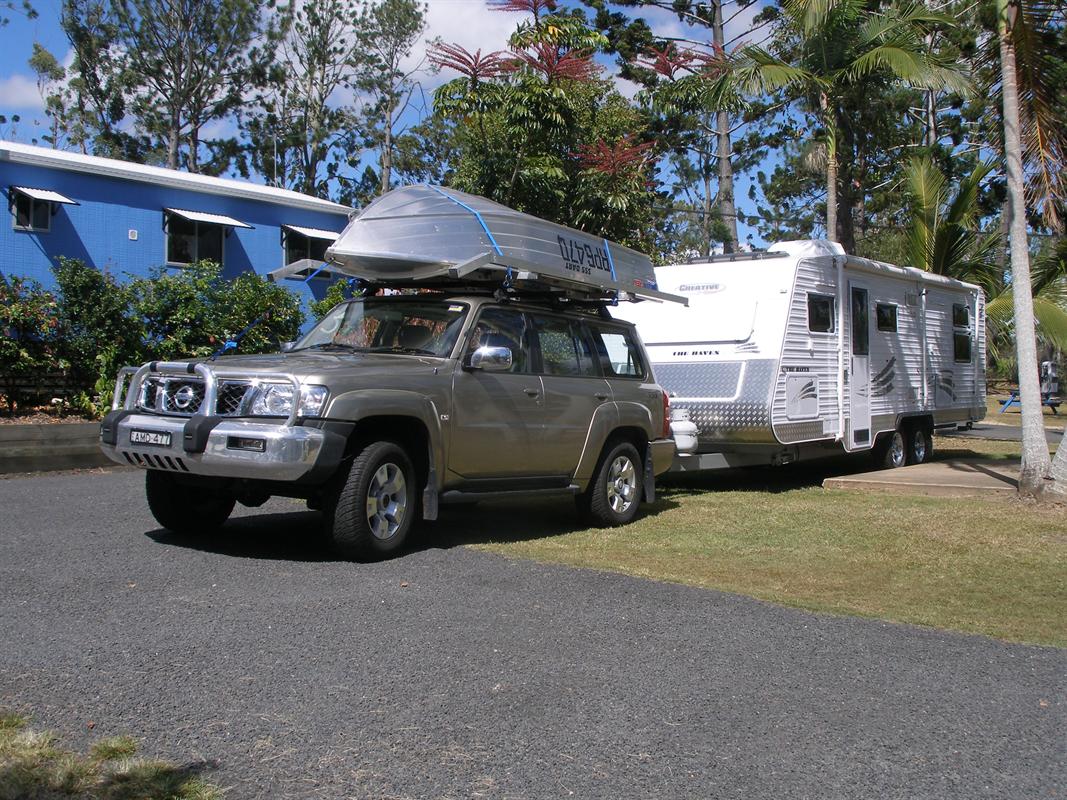